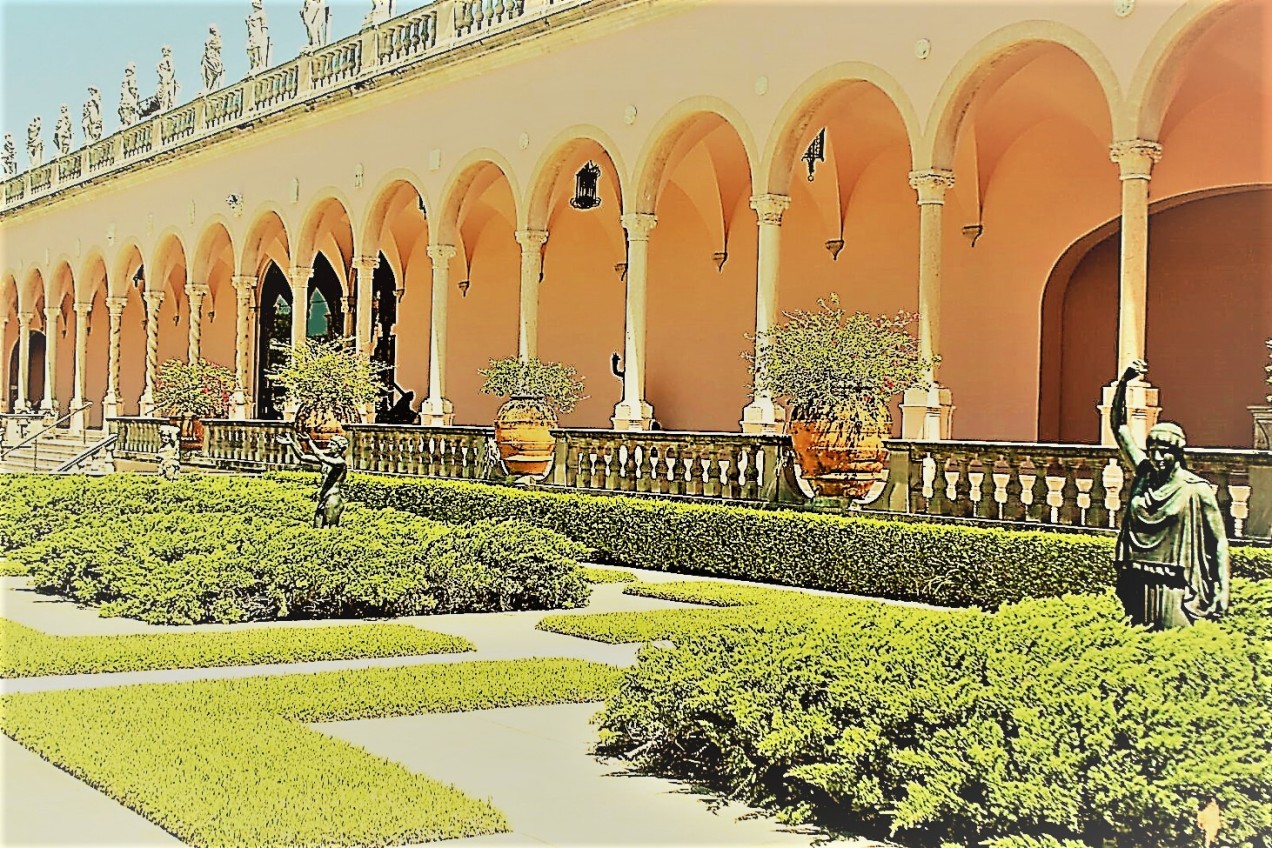 There are numerous scientific studies that have studied the effect of cannabidiol by itself on seizure control encompassing animal models, longitudinal observational studies, case series and currently randomized double-blinded placebo-controlled clinical trials. It is difficult to ignore the wealth of information regarding the medical value of cannabidiol with a significant role in the treatment of epilepsy.

The endocannabinoid pathway is found naturally within our system, comprising of receptors, transporters, and endocannabinoids. It is responsible for the sense of well-being one gets after running referred to as the “runner’s high,” and not endorphins, serotonin or noradrenergic neurotransmitters as their molecular sizes are too large to pass through the blood-brain barrier. There are 2 types of receptors, CB1 and CB2 receptors. CB1 is found predominantly within the nervous system and is the receptor on which tetrahydrocannabinol works and it is through this binding where psychoactive properties arise. There are two metabolites within the endocannabinoid pathway, anandamide for which tetrahydrocannabinol (THC) is a phytomimetic and 2-arachidonoyl-glycerol for which cannabidiol is a phytomimetic. Cannabidiol (CBD) acts as an inverse agonist on the CB1 receptor, with a weak affinity. 100 times of cannabidiol is needed to get the same psychoactive properties as tetrahydrocannabinol. When CBD is combined with THC the side effects of paranoia, hyperactivity and agitation become less because it is an inverse agonist of the CB1 receptor. In many animal studies, cannabidiol has anti-inflammatory, anti-oxidative and neuroprotective actions within the nervous system (8).

Mechanisms by which cannabidiol works

It is thought to modulate the neurotransmitter system. Endocannabinoids are increased as a result if hyperexcitability in the nervous system. CBD can regulate intracellular calcium during hyperexcitability states in the hippocampus in the temporal lobe. CBD can regulate NMDA (N-methyl-D-aspartate) receptor transmission and increase serotonergic 5HT-1A (5-hydroxytryptamine)receptor transmission and reduces GABA, 5-HT1A, and norepinephrine synaptic uptake (9). Cannabidiol is thought to be neuroprotective through its role in controlling intracellular calcium. Excess calcium can activate a cascade of neurochemical events leading to cell degeneration and death through lipases, endonucleases, and proteases. In one study in rat models, there was a suggestion that treatment of seizures was not just at the neurotransmitter level but also modulates the oscillatory nature, neuronal loss and post-ictal lethargy of the status epilepticus model.

In animal studies, the CB1 receptors increased 1 week after pilocarpine-induced seizures in the CA1-3 striatum oriens and the dentate gyrus. Patients with temporal lobe epilepsy had reduced Anandamide and increased CB1 receptors suggesting an up-regulation of the CB1 receptor as a homeostatic mechanism in the presence of seizures which can reduce excitatory neurotransmitters (4). This compensatory mechanism may be impaired with long-standing seizures and hippocampal sclerosis and refractoriness to pharmacologic measures.

In one study of 57 patients, ages 1-20 years old, CBD:THC was given at a ratio of 20:1 with the CBD component of 11.4 mg/kg/day. The patients were followed longitudinally for 3 months with a follow-up time of 18 months. 56% or 26 patients had <50% reduction of seizures. No difference was noted between the causes of the seizure and the type of cannabis used. Younger ages of 10 years old and below had a statistically better outcome compared to an older age. Those with higher doses of CBD of >11.4mg/kg/day had a statistically better outcome compared to 11.4mg/kg/day and below. There were side effects in about 46% of patients leading to stopping the protocol. These studies suggest that cannabidiol enriched treatment may be beneficial in seizure control particularly in the pediatric population.  (1).

In an open-label trial, 214 patients were studied between the ages 1-30, with pharmacoresistant epilepsy. There were 162 in the safety follow-up of 12 weeks, 137 were in the efficacy analysis. For the safety group, 33 had Dravet syndrome and 31 had Lennox-Gastaut syndrome. The rest had medically refractory seizures from different causes. Side effects were mild to moderate including diarrhea, lack of appetite, somnolence, fatigue, and convulsion. 5 had a cessation of treatment related to adverse effects. Serious events were reported in 48 patients with 1 death unrelated to cannabidiol. 20 had severe adverse effect including status epilepticus. The median number of seizures at baseline was 30 which was reduced to 15 per month with a 36.5% reduction of motor seizures (7).

In a multi-country study was performed on Dravet syndrome and effect of cannabidiol in a randomized double-blind trial of cannabidiol versus placebo and in young adults between the ages of 2-18. Dravet syndrome is an epileptic syndrome involving myoclonic epilepsy during childhood which may progress attributed to an SCN1A gene abnormality. There was a 4 week baseline period followed by a 14 week treatment period. The dosages of cannabidiol were increased gradually to 20mg/kg/day. Those in the cannabidiol group was matched to a placebo control. The endpoints were the percentage of change and Caregiver Global Impression of Change (CGIC). In 23 center in the U.S. and in Europe, 120 patients underwent randomization, mean age was 9.8 years old. 108 completed treatment. The median number of drugs was 3 and the most commonly taken were clobazam, valproate, stiripentol, levetiracetam, and topiramate. The most common type of seizures was generalized tonic-clonic followed by secondary generalized tonic-clonic seizures. 114/118 children presented with developmental delay. Adverse reactions were mild to moderate including somnolence, diarrhea and loss of appetite. Elevated liver enzymes were found in those taking valproate likely related to drug-drug interactions. The reduction of seizures was considered meaningful while no change in non-convulsive episodes was noted. In the cannabidiol group, convulsive seizures reduced from 12.4 seizures to 5.9 per month while the placebo control group had a reduction of seizures from 14.9 to 14.1 which was not statistically significant. A reduction of more than 50% of seizures occurred in 43% of patients in the cannabidiol group and 27% in the control cohort. 3 patients in the cannabidiol group and no one in the placebo group became free of seizures. 62% of caregivers thought the condition improved in the cannabidiol group as opposed to 34% in the placebo group (5).

Another randomized placebo-controlled trial in Lennox-Gastaut syndrome was done using cannabidiol versus placebo. Lennox-Gastaut Syndrome is characterized by multiple seizure types with a slow spike and wave of 2.5 Hz or slower on EEG.  This study covered 30 clinical trial centers between the ages 2-55 with 2 or more seizures per week over 28 days. 225 patients were randomized with 76 in the group for cannabidiol at 20mg/kg/day, 73 in the cannabidiol group at 10mg/kg/day and 76 in the placebo cohort. The reduction in median of drop attacks was 41.9% in the 20mg cannabidiol group, 37% in the 10mg cannabidiol group and 17.2% in the placebo group which was statistically significant. Side effects were somnolence, diarrhea and poor appetite which was dose-related. 9% had higher liver function tests. The study concluded that addition of cannabidiol of either 10mg/kg/day or 20mg/kg/day in addition to standard anti-epileptic agents resulted in a significant reduction of seizures(6).

Cannabidiol as an add-on adjunct for refractory seizures

In another study in Slovenia, add-on cannabidiol was given to 66 patients who were deemed medically refractory at a dosage of 8mg/kg/day. 32 or 48% of patients experienced fewer seizures of more than 50% reduction. 14 (21%) were seizure free. No patient had to worsen and 15 or 22.7% there was no effect. Patients reported less robust seizures, less recovery time and less time duration of the seizures as positive outcomes. Adverse effects were seen in 5 patients or 0.07% of patients. They concluded that there are some beneficial effects of cannabidiol as an add-on adjunctive treatment in controlling medically refractory epilepsy(3). However, this study focused on cannabidiol as an adjunctive treatment, not as monotherapy.  Regardless, there are some beneficial aspects as evidenced in this study (3).

There is growing evidence that cannabidiol which is the non-psychoactive component of the Cannabis sativa plant is effective in treating intractable seizures, from the mouse model to randomized controlled clinical trials, which can no longer be ignored. There are mostly mild to moderate side effects involving the gastointestinal and neuropsychiatric system, although severe adverse outcomes include status epilepticus. There were no fatal outcomes associated with the use of cannabidiol. The real question are the long-term side effects and drug-drug interactions which can be studied once the cannabidiol is well-established as a conventional agent in the future.